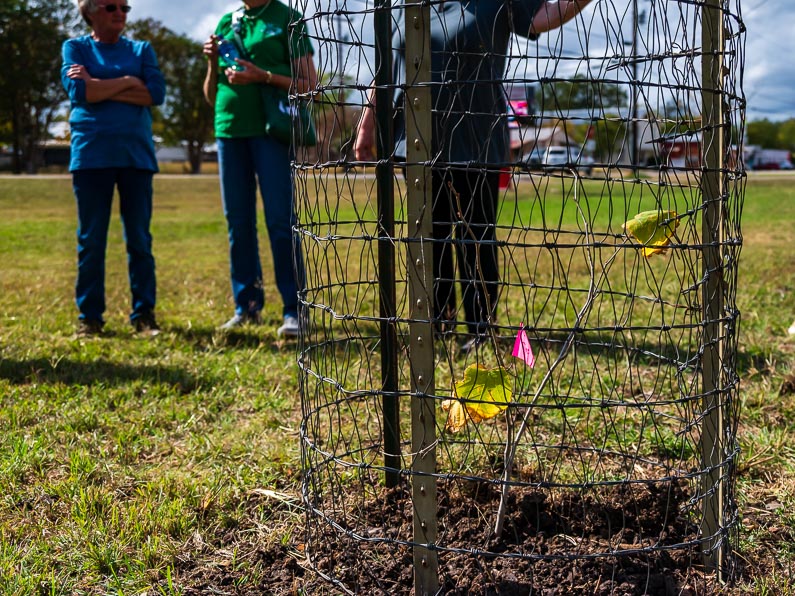 Last Wednesday, the Medina Rose Garden Club held a dedication ceremony at the Medina Volunteer Fire Department to plant a tree in honor of National Arbor Day. Two additional trees will also be planted on the Medina VFD property along Highway 16. The Medina Garden Nursery generously selected and planted the tree. The tree dedicated on Wednesday was a Carolina Basswood, sometimes called a Linden Tree.

The two additional trees are an Anacacho Orchid and a Cedar Elm. All of the trees are native pollinators. This is part of the Medina Garden Club’s Medina Beautification Plan. Given this year’s drought, the Garden Club, is making an effort to replace lost trees along with their beautification efforts.

National Arbor Day is in April, however, Texas can see temperatures well into the 80s or even 90s by late April. So, Texas celebrates Arbor Day in the fall as cooler temperatures prevail, providing more favorable conditions for saplings. This is why in 2013, Texas established Texas Arbor Day on the first Friday in November.

You are the key to your safety

There’s nothing stronger than the heart of a volunteer